Corporate Social Responsibility is generally understood as the way in which a company achieves a balance of economic, environmental and social imperatives. We acknowledge the importance of social responsibility and sustainability, which will help us connect better with our consumers. Besides, we take CSR (Corporate Social Responsibility) very seriously. We don't do business just for the sake of business. We ensure that our services result in the betterment of the society.Healthy competition, good social and environmental initiatives and providing people more than a fair share of edutainment (education+entertainment), all of these comprise our prime agenda. We may be in the competitive corporate arena, but we believe in being responsible and caring towards the society as well. Know more about our CSR Policy and CSR Committe.

In October 2014, in the worst snowfall and avalanche ever in Nepal, a much loved social worker and a scholar in his own merit, Mr. Suman, lost his life during his first trek. The lap of the otherwise beautiful and serene Himalayas showed no mercy on him.

Mother Nature had betrayed her child! Perhaps because God wanted a good soul.

Thereafter, an NGO was named after Suman to keep him alive – Su-Mon (noble mind), which began its journey in October 2016.

Su-Mon’s prime focus is in the arenas of health, education, community services and the welfare of senior citizens.

On the 15th of October 2017, its first anniversary, Su-Mon conducted a number of noble and well-meaning activities, keeping the term ‘social good’ in mind

GTPL KCBPL requests you all to watch the live coverage of this event by Channel ONE to know more about Suman and the initiatives taken by the NGO, Su-Mon, for the welfare of the society.

Our team provides their expertise through customised service solutions which are technologically relevant & contemporary. We ensure strict quality control by sourcing from partners & suppliers who are undisputed global leaders. 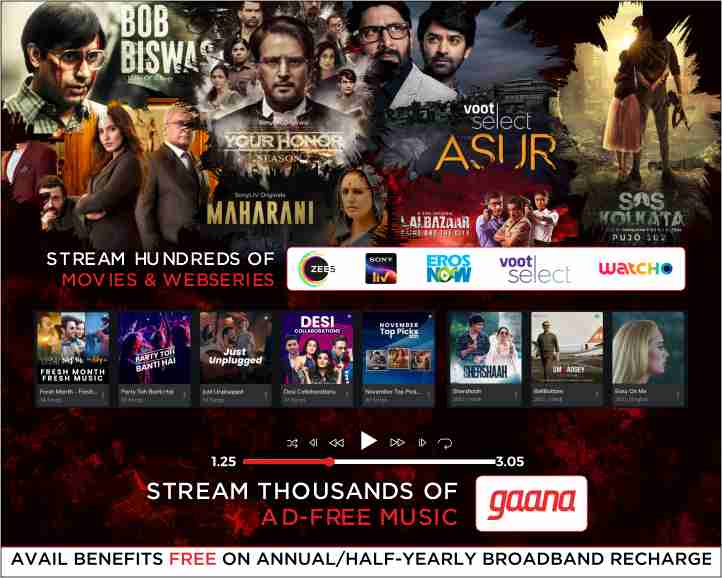